Astrid Álvarez Elected as Chairwoman of Andesco's Board of Directors 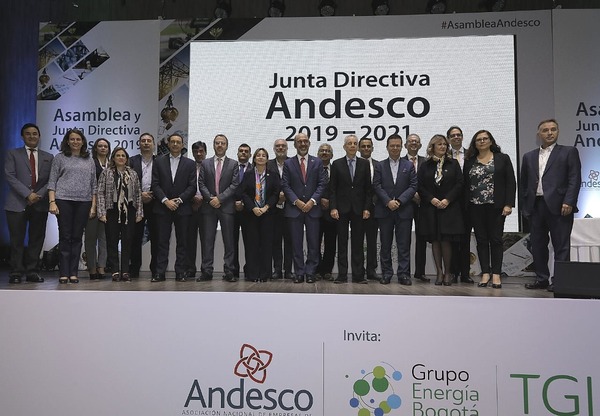 Álvarez, Chairwoman of Grupo Energía Bogotá, declared that “it is time for companies in the sector to work with our ally, Andesco, to cover transversal issues related with environmental and social regulation.” Likewise, she noted the importance of working alongside communities and maintaining genuine relationships. "At Grupo Energía Bogotá, community relationships have become almost an obssession,” she stated.

On his part, Camilo Sánchez, CEO of Andesco, highlighted the sector’s importance by saying that it comprises 6.5% of the country’s GDP and holds 117 affiliate companies, 19 of which are among Colombia’s largest and generae around 105,000 direct jobs.

Andesco is a union representing the interests of public services provision companies with over 24 years of activity, ensuring the development of each sector and working within the framework of respect to users’ rights, maintenance of service quality and technological modernization by establishing compensations and equitable regulation.

Astrid Álvarez is a Civil Engineer from Universidad Javeriana of Bogota, with a Specialization in Environmental Management from Universidad de Los Andes and a Master’s Degree in International Relations from the University of Ohio. She has acted as Chairwoman of the Group since 2016. In addition, sha has served as Administrative Manager of Ecopetrol and served as General Manager of Empresa de Acueducto, Alcantarillado y Aseo de Bogotá – ESP for six years.